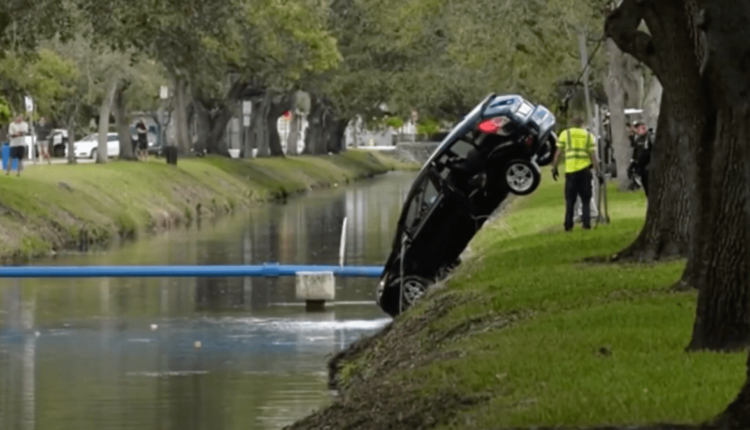 Investigators were at the scene of a car that went into a canal in Miami Springs on Thanksgiving morning, claiming the life of the driver inside.

Miami-Dade Police Department officials said the car went into the canal near S. Melrose Drive and Osage Drive, where police found the car submerged in the water.

The driver inside, who was not identified, was transported by Miami-Dade Fire Rescue and pronounced dead at an area hospital.

“I’ve been here for six years and I’ve never seen anything like that,” said Miami Springs resident Dante Alenan. “This is a very quiet neighborhood. And like I said, very sad.”

NBC 6 saw at least one underwater rescue diver on the scene with a scuba tank.

Investigators have not released additional details at this time.